This week was very rainy, but as we had a lot of work to do we didn’t care much. To go outside we had to look after the weather. Sorry for some wet feet, we were told not to got in the puddles but even if we are very wise sometimes we couldn’t stop !

We enjoyed a story a lot. This is about a lion, a mouse and a hunter. Ask me, perhaps I will tell you this story. Then we had to put in order the pictures of the characters. It was difficult because we had to stick the pictures on the right side and from the right to the left.

We trained to recognize « grand », « petit » again, we had  to make an algorithm. Then we worked on the concept of « tout autour » (all around). That was not so easy but we made beautiful flowers.

We also found numbers very funny : the teacher asked one of us to bring 2 crocodiles (for example) and to put them on the right number. then we had to find the right number of pompoms. We enjoyed this activity a lot. 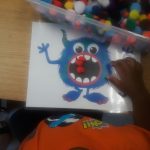 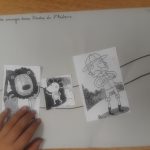 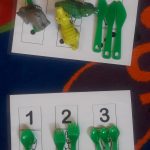 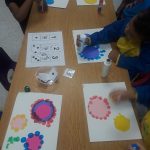 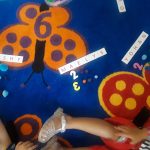 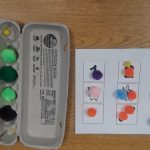 We reviewed our notion of space: in and out. We reviewed our alphabet by manipulating the missing letters and putting them back in their right spot. Not as easy as one would think! We continued manipulating the 3 letters of our new month. What excitement in the class when a little student realized you say it the same way in both languages! We reviewed straight lines letters and our numbers 1 to 5.  We learned a new song! Look at the last picture, I think they are all trying to tell me something… 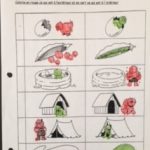 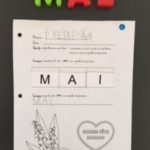 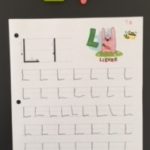 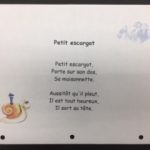 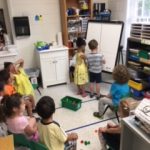 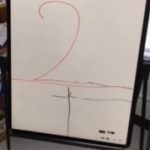 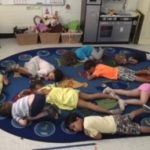 This week, we focused on sounds and syllables. We had many activities on phonetic. The kids manipulated letters to make syllables: ra, ma no bu…. and noises 🙂 We worked also on the sounds “A” and “ch”. We learned a new song Petit Escargot 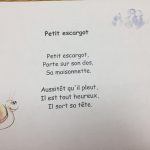 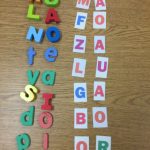 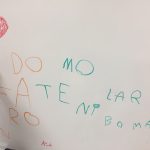 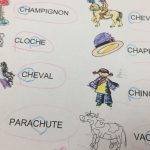 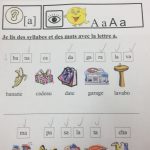