This week we did our written evaluation on the sense of taste as the children learned it the week before. They had to classify food as it is sweet or salty in a chart. We also made a revision on the vertical line. The children had to draw accurately a vertical line between two tight lines working at their fine motor skills at the same time. We finally read The rainbow fish story and reviewed the colors which allowed us to realize a project of art on the rainbow with its beautiful colors. The children really had fun choosing their own colors for the rainbow. 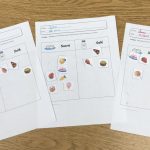 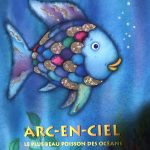 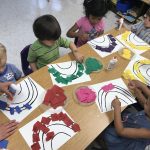 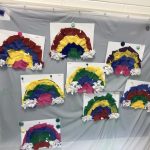 This week was all about the end of the year evaluations and rehearsing songs and yoga poses for our program.
We were BUSY!  Even the Barbies reahearsed! 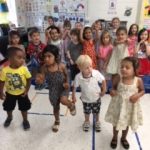 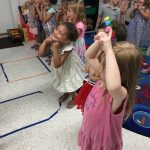 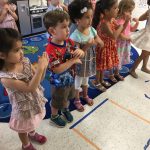 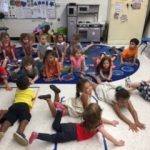 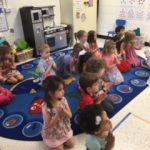 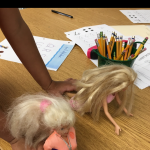 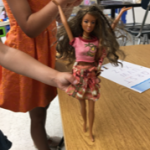 The ‘vacances’ are coming! That’s why we are going to work for the last two weeks on the theme of the summer. The children cut labels to complete the summer pictures (soleil  sable, parasol  coquillage   etc.), learning a new vocabulary while practicing the sounds and the reading of the syllables.
In math, they did an activity where they counted caps and hats while working on visual discrimination. They did a great job showing that they are ready to go to “ l’école  des Grands!“
They also did graphic design and learned a new song, the last of the year “Les petits poissons  “
They welcomed the summer playing water games.
We celebrated the birthday of Theodore and Annika who received nice cards wishing them ” Joyeux anniversaire” 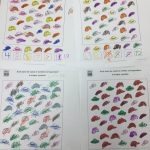 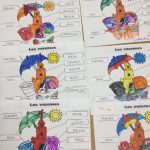 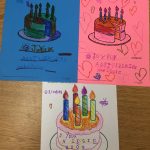 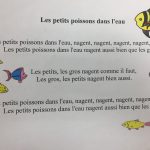 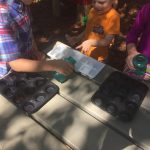 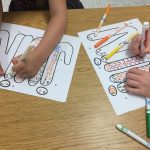